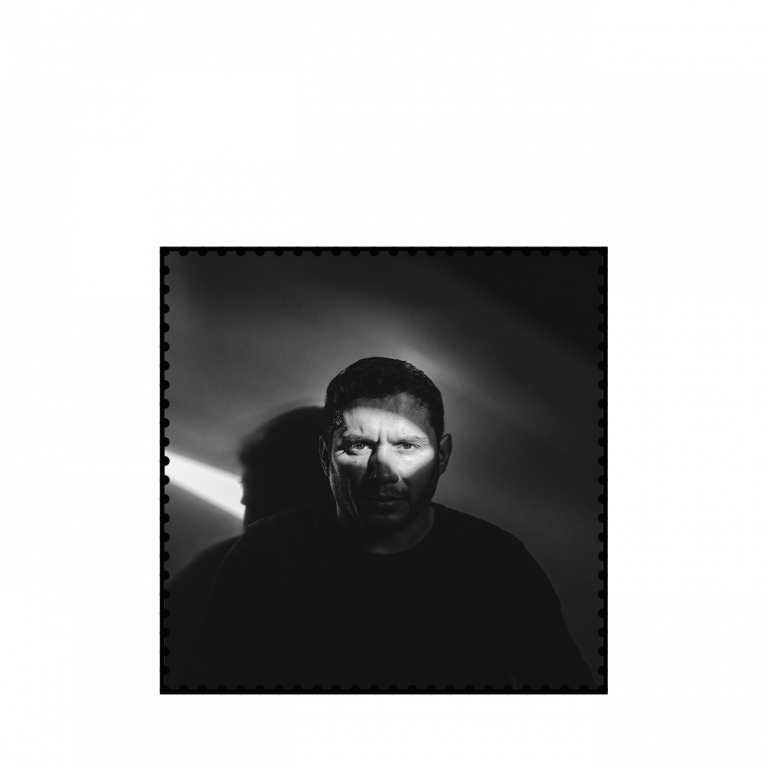 Facebook Soundcloud
Gilvaia, eclectic by nature, began his career in the mythical Paradise Garage. From then on, his career in Portugal earned him the honorable mentions of Best Resident Dj, first in 2006 by the magazine Portugal Night, and later in 2008 by Noite.pt. He was also the official DJ of Sensation in Portugal, and between 2015 and 2017 he was a founding member of the Electronic Gang Producer. In 2018 he accepted the invitation from Fuse Records, where he is currently a member of the roster. 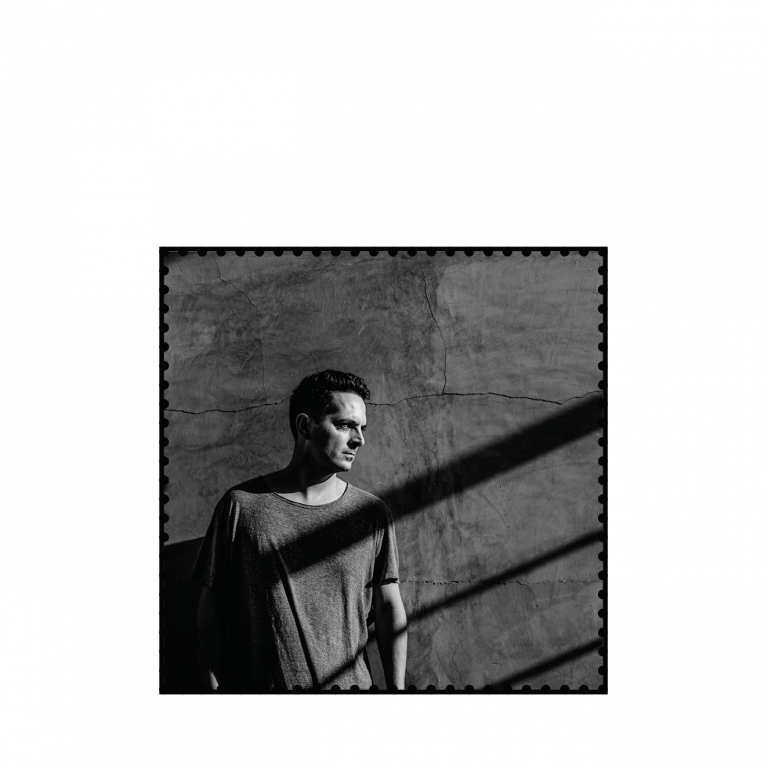 Facebook Soundcloud
SYPER, influenced by the major parties and the most respected djs that performed in Portugal, felt that something was amiss. That’s when, in 2002, the artist began his career as a dj – a path that, more than 10 years later, has blossomed into something more. From private parties, schools, etc., until the “big public,” it doesn’t take long until he starts to “play” at Lisbon’s best night clubs, acting with big national and international names of the dance scene. Later, he also becomes a regular presence as dj for larger publics such as Arraial Pride, Kaos Rec, College Festivals and an annual work in partnership with the prestigious Gulbenkian. His hard work during these years has landed him some big achievements. For many years he was the resident dj of the most mythical club of the Portuguese night scene, Alcântara-Mar. Today, he is part of Fuse Records, being one of the project’s co-founders. 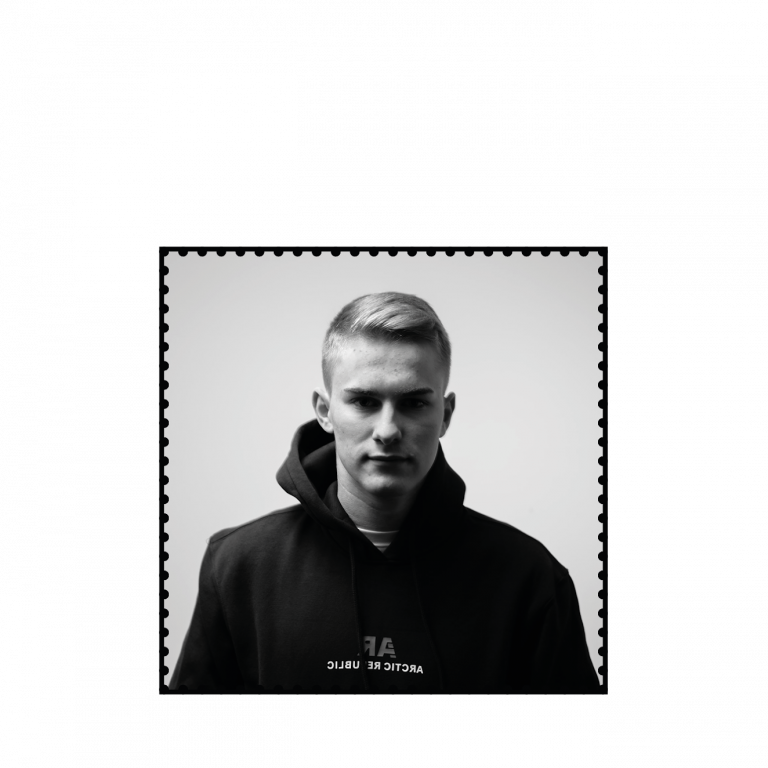 Facebook Soundcloud
DJ NOSI is quickly becoming the tastemaker of his generation. Eric Nosbusch (21) is the producer/DJ behind NOSI. Just a young guy living in Luxembourg, drinking coffee and does whatever he feels like doing. Gained hundred of thousands of streams on his first release “Schëdden” and played gigs in Luxembourg’s biggest clubs, and resident DJ at Gotham Luxembourg (World finest clubs). Luxembourg Nightlife Awards Winner 2019 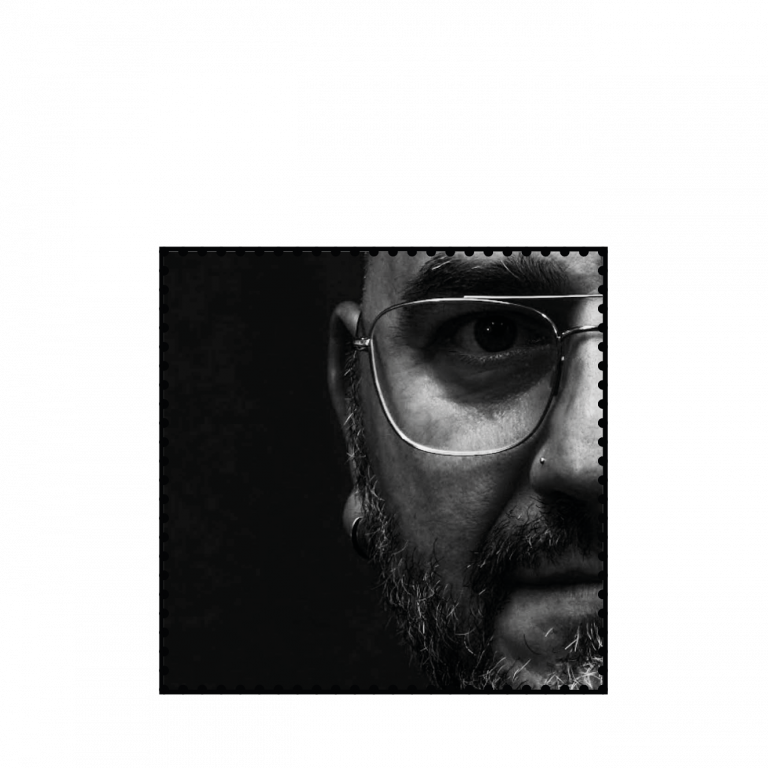 Facebook Soundcloud
DJ SAV is without a doubt a pioneer of the underground electronic music scene in the Grand Duchy of Luxembourg. He almost played in every electro bar, club and festival in town and surroundings. His music survived 2 and a half decades floating between House & Techno, from melodic to hypnotic. He has the ability to combine various beats into a well-balanced fusion of sounds, creating good vibes and establishing “togetherness” on the dancefloor. His charisma and sound definition form a unique blend. He began performing in 1995 and has distinguished himself with a very unusual and intense musical style, leading him to win a DJ contest in Germany in the year 2000. In 2002 he became a member of ABRAXAS (major events promoter), sharing the billing at gigs and festivals alongside heavyweights such as Carl Cox, Tiësto, David Guetta, Sven Väth, Dave Clarke, Laurent Garnier, Chris Liebing, Eric Prydz, Tomcraft, Martin Solveig, Westbam, Green Velvet, to name just a few… He won 2 Awards in a row at the LUXEMBOURG NIGHTLIFE AWARDS in 2018 and 2019. His music has travelled throughout Germany, Belgium, France, Switzerland, Italy and Los Angeles (USA). A sound to be SAVoured without moderation! 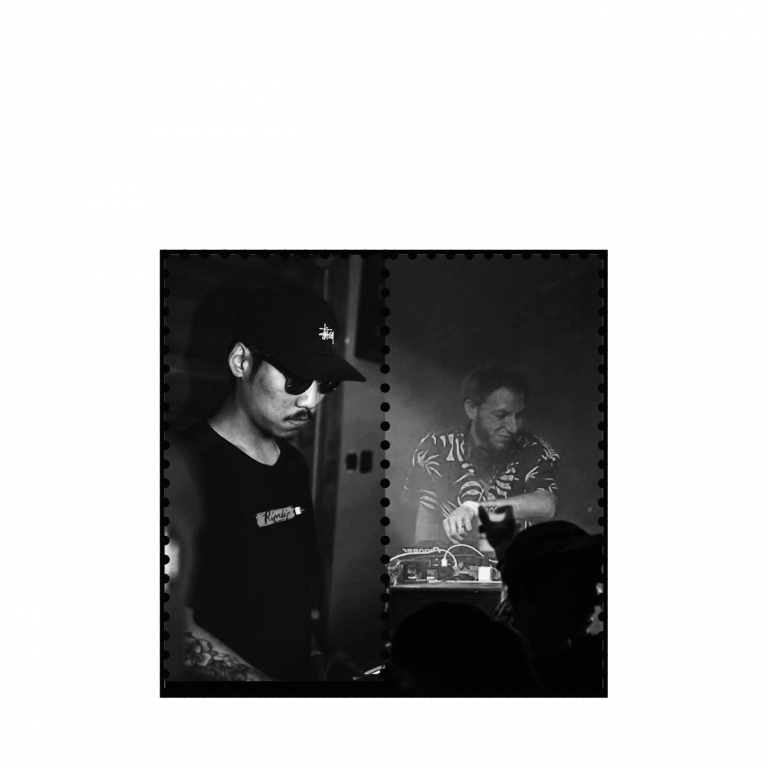 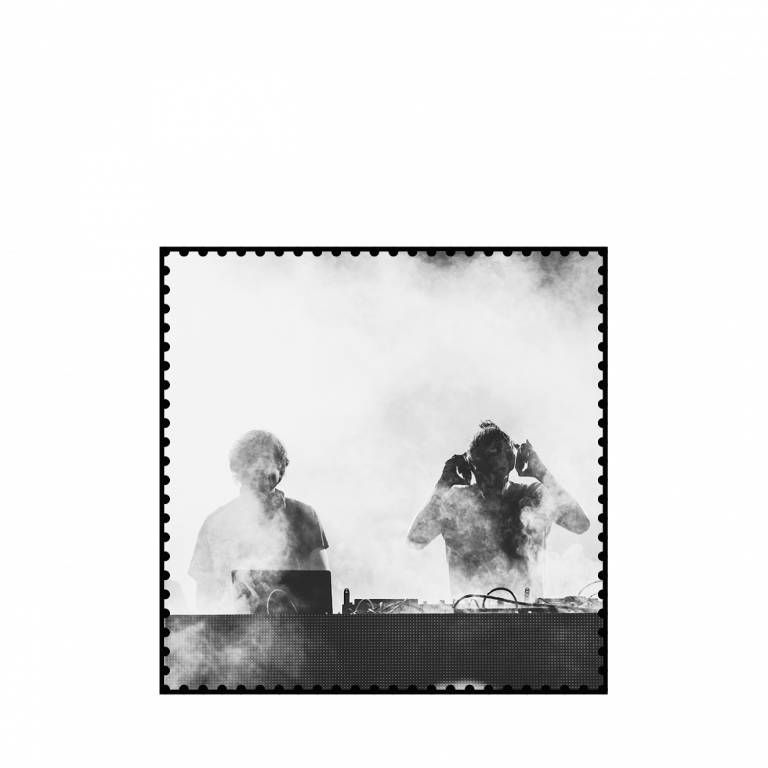 Facebook Soundcloud
Arndt Roerig and Marko Vidovic – known as Tube & Berger – started their musical journey over a decade ago. Since then, the house producers and in-demand remixers have put out two acclaimed studio albums, released on an array of prestigious labels, played constant gigs around the world and now have over 100 million Spotify Streams and counting to their name. As a Top 20 Beatport all-time bestseller, Tube & Berger have undoubtedly helped to shape the house genre, crafting several scene defining records in the last couple of years. Most notable is ‘Imprint of Pleasure’, a heart-wrenchingly poignant dance floor anthem, that was named Beatport’s 9th Top Selling Track of All Time. It tracked up a hefty 39 million streams on Spotify and has provided the soundtrack for festivals and dance floors for many years. In 2018, Tube & Berger and Junior Jack’s collaboration track ‘E Samba 2018′ was a No.1 in the Beatport House Chart for six weeks. In 2019, Tube & Berger’s remix for Samim – ‘Heater’ became a global dance floor hit and instantly rushed to the Beatport No.1 spot on the main chart before staying there for weeks. Along with friend and fellow DJ Juliet Sikora, the duo run the Kittball Records and ZEHN Records labels. Next to releasing their own tracks, both labels have signed prominent artists like &ME, Andhim, Betoko, Dennis Cruz, Djuma Soundsystem, Ida Engberg, illyus & Barrientos, Purple Disco Machine, Township Rebellion and many more. On Kittball, Tube & Berger also released their debut studio album ‘Introlution’ back in 2012. Their second album ‘WE ARE ALL STARS’ was released in May 2017. In terms of live performances, Tube & Berger never tire. Tube & Berger are proven Ibiza heavyweights with frequent shows at ANTS in Ushuaia and Hï Ibiza. Festival-wise, they’ve headlined at Tomorrowland, Loveweek Festival, Eastport Festival, Claptone’s Masquerade and played dates at ADE including ‘All Gone Pete Tong’ and multiple Toolroom Showcases. 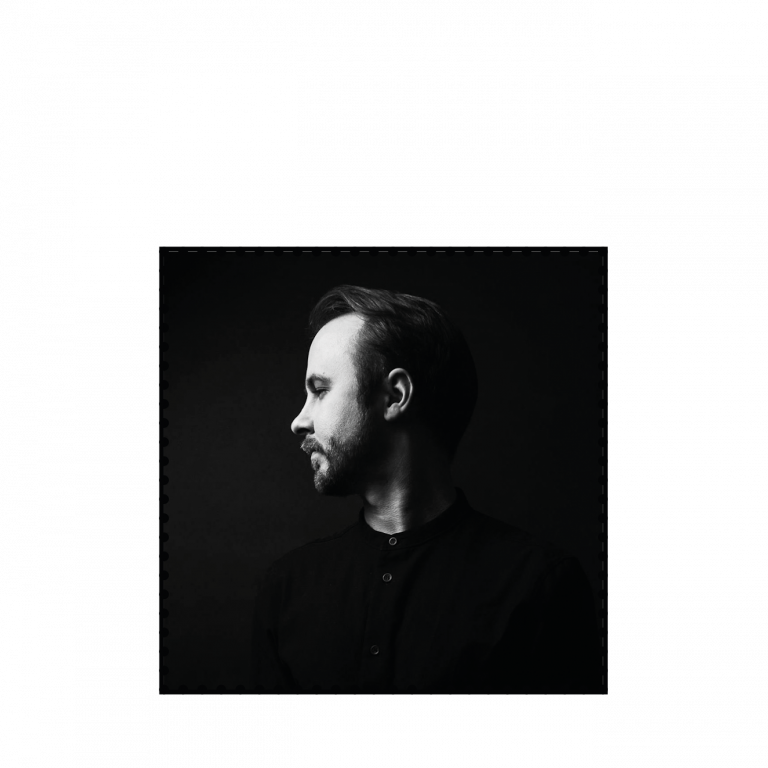 If you take a look at the labels MATCHY has released on in the course of his career, it reads a bit like the who‘s who of the scene. Several releases on the Berlin-based labels Katermukke, Bar25 or on Stil vor Talent speak for themselves.
After kicking off his career as MATCHY in 2018, yet in 2019 Martin Bley has been awarded official bestseller on Beatport. He reached the top and international recognition with his track “Irreversible”. Being heavily played at festivals and clubs all over the world with support from various artists such as Solomun to Lost Frequencies, “Irreversible” has quickly become one of the most sold Progressive House tracks all-time on Beatport – spending more than 400 days in the charts. With his Bodytalk EP on Katermukke MATCHY built on the previous success. He is playing at some of the most acclaimed clubs and festivals in Germany, Europe and beyond – touring in North- ,South-America, Africa and Asia.
In 2020 MATCHY‘s own label BEYOND NOW successfully kicked off, quickly becoming a constant in the Top100 labels in the Melodic House & Techno Genre on Beatport. With his latest tracks, like „Beyond the Horizon“ and „Keep feat. Paludoa“ reaching the Top20 charts on a regular basis, MATCHY guarantees steady quality and success – both in his own productions and Dj-sets. 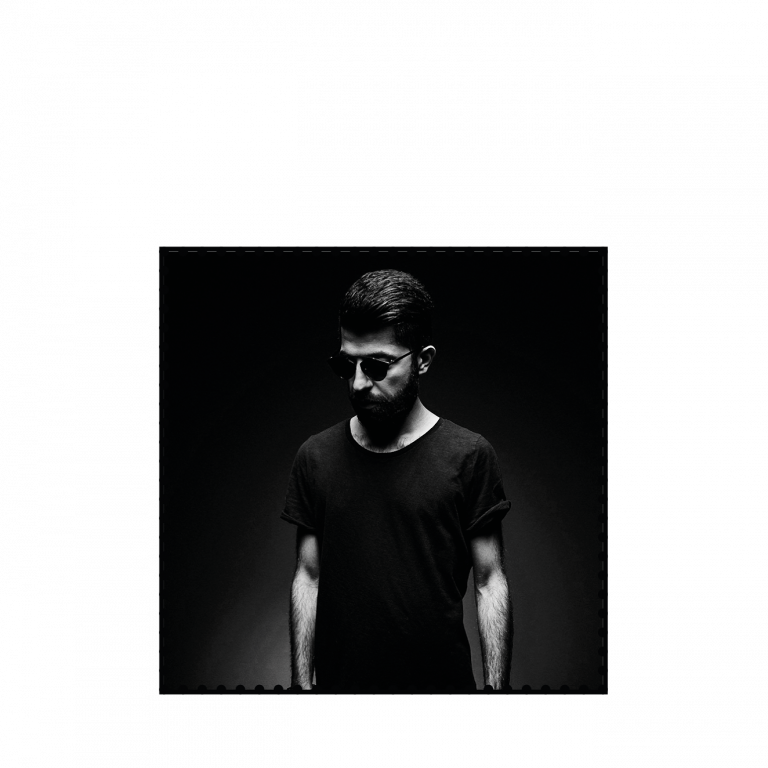 Grown up in the heart of the West German Ruhr area, it was Hip-Hop that brought Zohki and his former brother-in-crime together in the nineties and led them to house music few years after. It didn’t take them long to gain international reputation. It was Matthias Tanzmann who first discovered their potential and gave them a platform on his stellar Moon Harbour label. The rest is history: From their high-flying „One Way Out“ debut EP with kick-start support from the likes of DJ Sneak and Radio Slave, following club strikes via their Leipzig moon base, Romania’s Natural Rhythm and Steve Lawler’s VIVa Music imprint alongside worldwide VIVa showcases and a residency for the VIVa Warriors Ibiza season 2014, to the duos break-up on behalf of their solo plans. While homeboy Roozlee fully returns to Hip-Hop, Zohki continues their strong house legacy.
On a solo tip since 2015, dj-wise he returns to his first love – vinyl – aroused by his first purchased record by Armand van Helden. He deliberately calms down, takes things deeper instead of pushing too hard, building up his very own music studio and giving his sound a more personal touch.
With gigs at Sonar festival, Amsterdam Dance Event, various Berlin hotspots such as Sisyphos, Watergate or Katerblau, Kiesgrube in Neuss and a residency at one of West Germany’s most renowned clubs – Studio in Essen – his plan bears fruit. But his residency is far more than just spreading house vibes on a constant level and playing next to the world’s best DJs. It’s also home to his very own event series ’Deep In You’ that welcomes artists like Shonky, Subb-an or Point G. First solo production on labels such as Moon Harbour, Get Physical, Oblack and Monza Ibiza leave no doubt: Zohki goes deep, deep In you! His course is set: Around the world, to the moon and back! 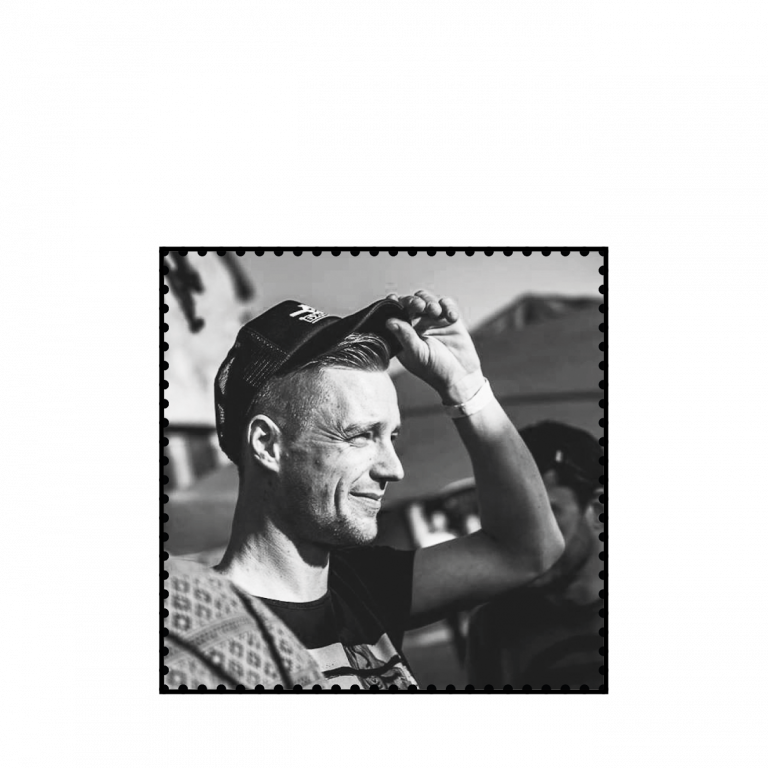 Facebook Soundcloud Video
Please welcome PHAT ERIC , a top-notch DJ from Lauter Unfug, known for his open approach to all electronic genres and his ability to electrify the audience with his skills behind the turntables. Phat Eric has already released a bunch of awesome tunes Lauter Unfug. Furthermore, he has (had) some worth mentioning residencies in clubs like Studio21, Lauter Unfug, Secret Roots, Suicide Circus Berlin, and the Kosmonaut Club Berlin. 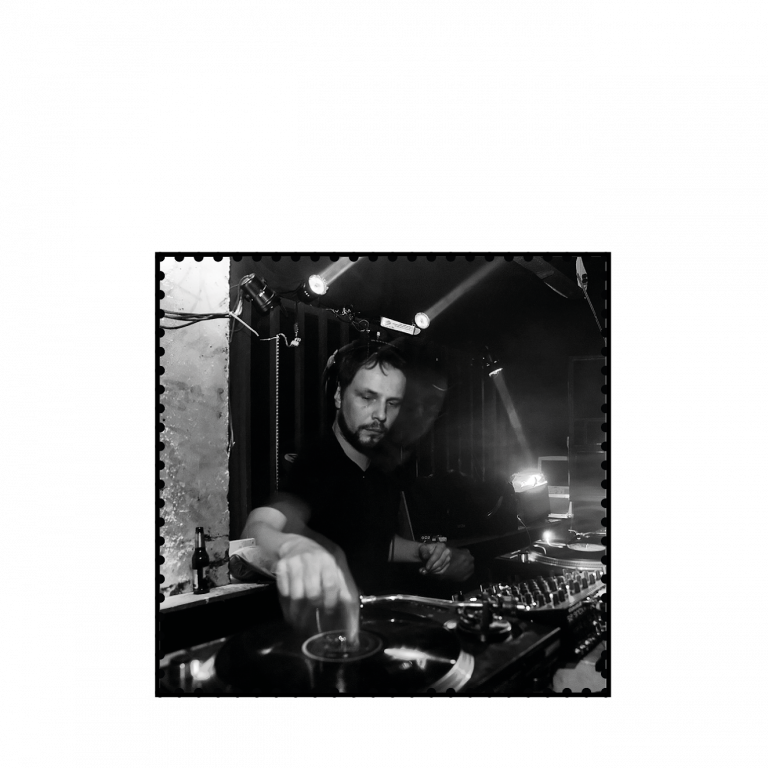 Facebook Soundcloud
Berlin based Mon Groove has rocked “Techno City” numerous times for 10 years. In Suicide Circus, he was for many years resident of recurring event series and besides apperances in clubs like about:blank, Sisyphos, Kater Blau, Kit Kat or Golden Gate and invitations to cities like Munich, Vienna, Strasbourg, Salzburg or Cologne, he also squatted various underground off-locations. The sneaky mob-actions in bank branches called “Reclaim the Sparkasse” elicited some media attention. In 2017 eventually came down to co-found “Fehler-Musik” to feature deep, melodic and dark techno releases alike. Melodic, deep, colorful, stompy or dark are also some adjectives describing the sets, that always try to amalgamate with the crowds and surroundings where they are occurring. 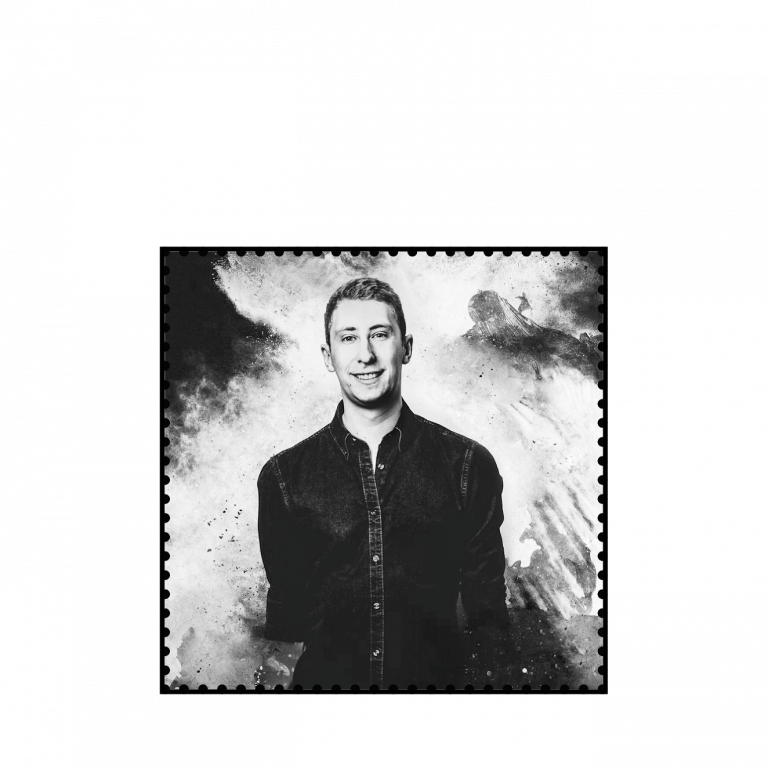 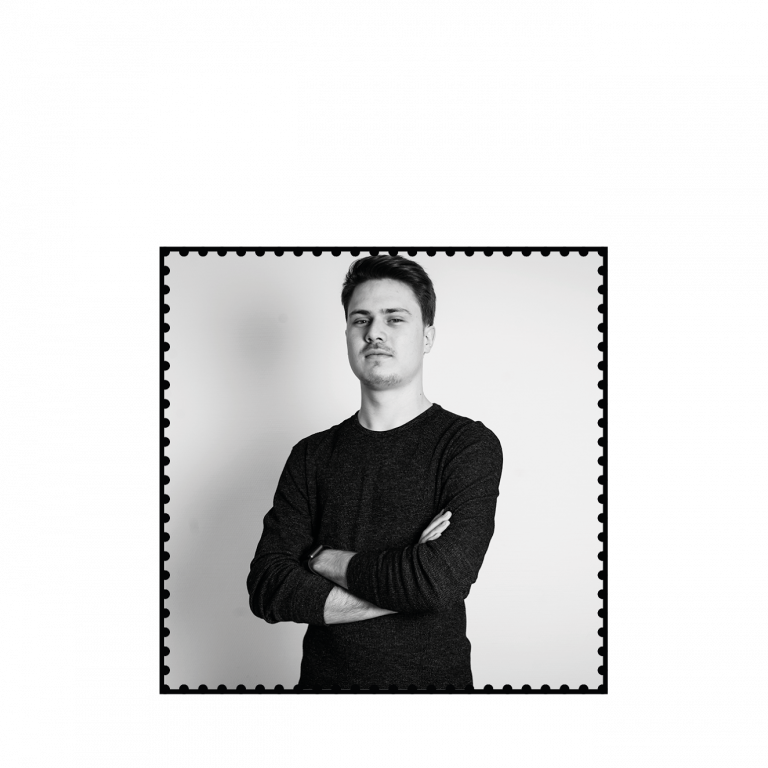 Facebook Soundcloud
Based in Luxembourg, FRIEDRICH is a DJ and Producer known for playing House, and Techno with an experimental touch. Friedrich began by buying his first DJ equipment and practicing for two years. Friedrich looks to create authentic sounds with a rich feel giving his fans a glimpse of his one of a kind talent.